The Unknown Citizen – A Harsh Accusation or a Simple Depiction?

Imagine, how is it like being an unknown citizen? What is your definition of an unknown citizen? How would you like it if you are the only one alone as an unknown citizen, which means the Johns, Marys, Jacks and Christinas you used to play with have all been famous for their own fames, leaving you all alone? Would you be like to live with your job in probably a factory, or a technology company forever, being capable of sustaining yourself and your family? These questions, whether they’re hard for you to answer or not, are all extended from W. H. Auden’s poem, The Unknown Citizen.

The Unknown Citizen, wrote by W. H. Auden in 1939 and published in his collection Another Time in 1940, is the epitaph of a man which has this man’s life recorded by statistics that seem to be given from the government’s perspective. In this poem, the unknown citizen (let’s call him this way for now, as he had no name in the poem) was reported by all these public organizations such as the Bureau of Statistics, Social Psychology workers, Producers Research, High-Grade Living and Researchers into Public Opinions that his behavior had been extremely normal. He worked in a factory and was popular with his mates. He didn’t reveal any official complaint towards the government. He bought a newspaper everyday. He satisfied his employers. His was fully insured. He had every latest technology product. He even added five children to the population, which was indicated to be exactly the right number for a parent of his generation, according to the Eugenist. Everything in his life seemed flawless. He did nothing wrong – nothing out of the government’s control. In the end of the poem, a harsh question bumps out: Was he happy? Was he free? The question is absurd: Had anything been wrong, we should certainly have heard.

According to a poetry website, Poet.org, Wystan Hugh Auden was born in York, England in 1907. He moved to Birmingham during childhood and was educated in church. He revealed his great interest in poetry when he was in Oxford, and was influenced by poets like Thomas Hardy, Robert Frost, Emily Dickinson, William Blake, and old English verse. Auden published his first collection in 1930, which established him as the leading voice of the new generation. Ever since, he has been admired for his unsurpassed technical virtuosity and the ability writing verses that are almost imaginary in his poem. He wrote on popular cultures, vernacular speech, current events and a lot more materials that his intellect had reached. He had a remarkable wit, and loved to mimic the writing styles of poets like Dickinson, W. B. Yeats and Henry James. As he traveled a lot, his poetry frequently recounts a journey or quest, literally or metaphorically. He visited a lot of countries with completely different cultures like Germany, Iceland, China, served in the Spanish Civil War, and in 1939 he moved to the United States. There he met his lover and became an American citizen. His beliefs dramatically changed between his youth and his later life, from an ardent advocate of socialism to a Christianity-centered Protestant student. Instead of merely being a well-known poet, Auden has been noted for his other literary works like essays, plays, libretti. He has also been acknowledged as the greatest poet of twentieth century.

The first question I had when I first read the poem was, “Why were all these people researching on this person? He’s not anything like a gangster or anything bad!” So I paused. Then I went back to look at the poem, trying to smell something different in it this time. I found this citizen was praised by these official institutions because he was legal. How could a person be legal? In short, everything he did was within the laws and satisfied all these “big brothers”’ expectations. He worked his work. He raised his children. He helped rise the gross nation product by buying a newspaper everyday, consuming all kinds of latest technology facility. The poem was also structured from an angle of a governor. Why would this obedient citizen be checked upon by so many institutions is one of the discussions to be made.

Second, I came to the idea of why the author mentioned all these technology facilities in the poem and made them one of the points which proved he was totally in order. How does the latest technology relate to the characteristics of a perfect citizen in government’s eyes? Not until our group discussed the poem with Wenchi did I realize that the time when W. H. Auden composed (early twentieth century) was the time technology all started to progress. The promising future of technology and the conveniences it might bring provoked an enthusiastic worship among people. This reminds me of another poetry/song we learned this semester: Sound of Silence. Sound of Silence was released in 1960s, not too far from the time when Auden composed The Unknown Citizen, with the composer’s helplessness and disagreement to the materialistic worshipping. Culture and history reflect upon arts, whichever produces their work on them. Materialism, therefore, has apparently been one of the things Auden was implying to.

As for the main idea and “mind background” why Auden wrote this poem, they’re too multiple to believe. Different people think differently about the poem. To get to know what might be some possibilities, I looked up for further information online. Various opinions on the interpretations are simplified and categorized to three main outlines by me.

One of the three perspectives people view on The Unknown Citizen was that Auden thinks a person is only known if something bad should happen. “One is only recognized if his name is tarnished” would have the readers of this category commented on the author’s mind. But to me, this aspect is slightly too shallow. It cannot make readers see the whole picture of the poem – a poem is usually metaphorical, either ironic or humorous, and requires its readers to think over about it to grasp its meaning(s).

The other of the viewpoints is supported by readers who think Auden is virtually saying a person shouldn’t try to satisfy everyone else in his entire life, because it makes people end up not knowing who he is and leaves him “unknown” as the topic of the poem suggests. Personally, I can accept this interpretation, but definitely not as the only interpretation of all. This could be one of the meanings, but I believe Auden enjoys such a highly respected reputation not for no reason. He must’ve much more concepts under this.

The last but not least point viewing this poem is stated by readers who consider this mysterious poem must have been an ironic poem criticizing the society. Three kinds of opinions contained in this category of perspective: First one, people think instead of criticizing the society we’re living in, the poem is criticizing communist or Marxist society (as “he served the Greater Community); Second, people think Auden is criticizing how democracy is allowing the state to become more and more powerful to the point where it’s morphing into some kind of dictatorship. The so-called democratic government encourages people to be average and serve the nation; Third of the different views, people think Auden is against any unthinking bureaucracy – soviet, fascist or capitalist. People of this side think Auden’s point is that people who are good at measuring things often fall into trap of ignoring things that are hard to measure, like freedom and happiness. All these three kinds of people are concluded in a category of the mutual agreement of Auden’s criticizing the society system or situation. It took me plenty of time thinking over these points. Which political status would Auden be criticizing is really worth-thinking. I cannot be sure which is he criticizing yet even now.

But literature doesn’t want a certain answer from anybody. As Wenchi said in class, a lot of the times, poets purposely leave blanks in the lines for readers to imagine, to think over and over again and to add personal ideas into them. I’ve learned not to label anything with my personal standards or definitions, as they could’ve been some kind of stereotypes out of my unawareness. Literature, poetry in particular, is a world where everyone can fly, stop, stare and enjoy the process of guessing or sharing experiences with authors. No labels needed here. Since it is a world where pulls you off from the world which disappoints you, why bother trying to strip the enjoyment others immerse in when they’re sharing this beautiful world with you? As a naughty reader, I come to the realization that we might have all been tricked by this great poet. Since he had been witty enough to mimic the writing styles of other poets, which in some ways could be explained as a way of tricking people into believing he was them, he might have meant nothing more than the surface we see in this poem, The Unknown Citizen. He might have been just as simple as depicting a person he knew, or he imagined, to us as a way to kill his time or practice his describing ability or so. Why not? A poem is always worth thinking, and I can already imagine how Auden is grinning, peeping through the thick clouds to see our reactions! 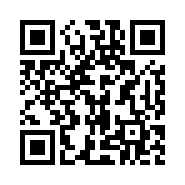